I had the opportunity to do a photographers tour at Fossil Rim this past weekend. Fossil Rim is a wildlife preserve that does research on various species from around the globe. They have a great drive that will take you through the rugged limestone hills in the Paluxy River country southwest of Fort Worth and let you see 60 some species and over 1000 animals.
They also offer a special tour for photographers where they take you out in their open air vehicles to see the animals and take you to places you could not get to on your own. I am not normally a wildlife photographer but I jump 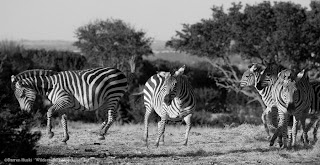 ed at the chance to have this kind of access and to be able to stay out until dark photographing.
The weather has been spring like here for weeks but we got a cold front on Saturday morning and it was a cold afternoon where you bundled up.
Of course you forget all about the cold when you see a rhino up close and when the zebra herd goes galloping past at high speed.
Driving through several large pastures one goes past a variety of animals. We saw Wildebeest, Giraffes, Aoudad, Kudu, Oryx, etc. Texas may not be the Masai Mara but it has alot of similarities that make it a good home for a variety of animals. Plus driving among them in open air vehicles does give it that safari flair.
Some of the animals like the Blackbuck (in image one) were content to just lay out in the open grass and we photographed them from a distance. I like the look and it that grassy context could have been the foothills of the Karakoram.
Others like the zebra were active and gave us a thrill as they ran past several times, or went jumping and kicking up dust chasing each other.
I was concerned that all I 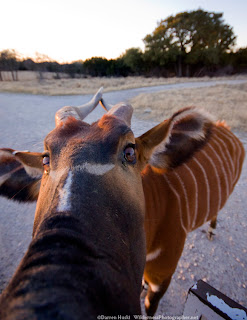 have as a telephoto was a 70-200mm lens but it turns out to be just fine. There were a few times I wanted longer but more often than not the animals would be close and sometimes they got right close to you (see the Bongo in picture 3). Something about a 10mm lens seems to be drawing them in close( see the Longhorn in the previous post).
I would call it a very good day on safari.
Labels: Fossil Rim Texas Wildlife 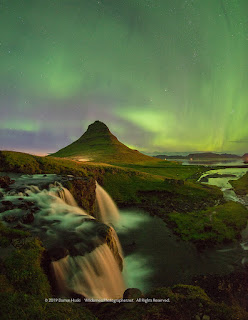 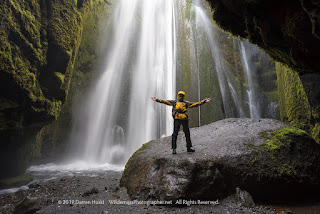