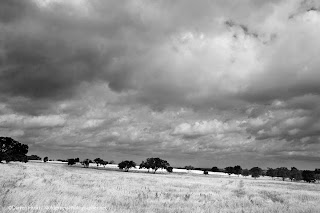 Driving west of town has been a big activity this summer. Usually with the 4x5 and the quest for the black and white landscape of the ranches and grasslands west of Fort Worth.
Here are some examples of the what I was chasing on those Saturdays. Both of these were taken in Parker County. despite the growth of the Dallas-Fort Worth area and even the dynamic growth in Parker County along I-20 it is still possible to find the old ranching Texas.
My goal had been to photograph the the open range and the cloudy skies we had. It was something I thought would be a great classic black and white image. The ones you see here were the test shots as I was looking for the right composition. They are really fine on their own but since I was using the big camera and black and white film I was really only sampling with the digital and then getting it perfected with the 4x5. 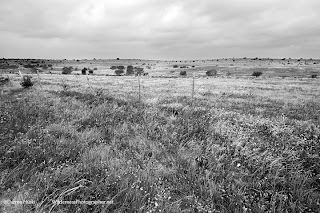 That is one of the nicer features about having both film and digital. I can go crazy with the digital trying out many possible compositions, angles, and lenses. With the film camera I work slow, think, and previsualize. The digital is great for that last part. I especially like walking around with my little point and shoot to scout with.
So on a day like these here, I might take 150 images with the digital and 4 with the film camera.
It works and it works well. I can work slow or fast. I can be random or all planned out. It is a good time to be a photographer!
Labels: Open Range Texas