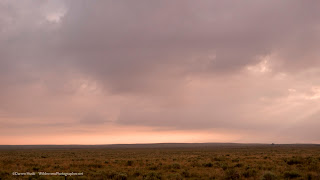 The open range of New Mexico is another fantastic location. The Llano Estacado of the Texas panhandle and eastern New Mexico is flat and is farmed and ranched. However once one drops off the flat, it becomes ranching country and home to big open range.
I was driving through Harding County, which is north of Tucumcari. It is off the interstate and well off most travelers radar. That pretty much means you will not encounter many people, except for some of the local ranchers.
This is the type big open country I always have liked driving across and photographing. This trip was no exception.
I had camped ate Ute Lake and driving north at dawn I got a chance to see the way the clouds and distant color touched the sky. It was not the dramatic sunrise you think about but became one of my favorite photographs of the trip. 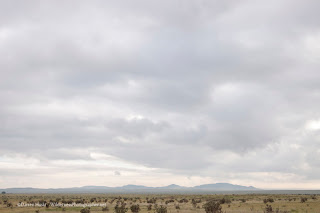 As the morning went on the clouds became less overcast and more defined clouds. It was about then that I first saw the Black Hills in the distance.
A small range of hills east of the mesas and on the flat. I liked the view and stopped at several spots to chase an image of hills and sky.
When I finally reached the edge of the mesa the clouds were breaking and blue sky was shining through.
Here was a chance to go really wide to try and capture it all. As I have probably written before, I love the open range and I am always frustrated in trying to capture it in an image. There really is no camera or lens that can capture the incredible sense of big that the sky has here 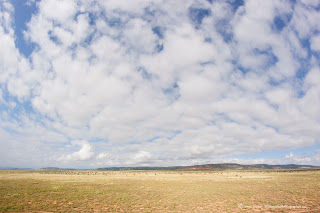 I was very impressed with the country out here, I have always looked at maps and thought I needed to spend some time in the mesa and open range country, get away from I-40 and explore. I wish I had done it sooner and it will be a return destination
Labels: New Mexico Open Range